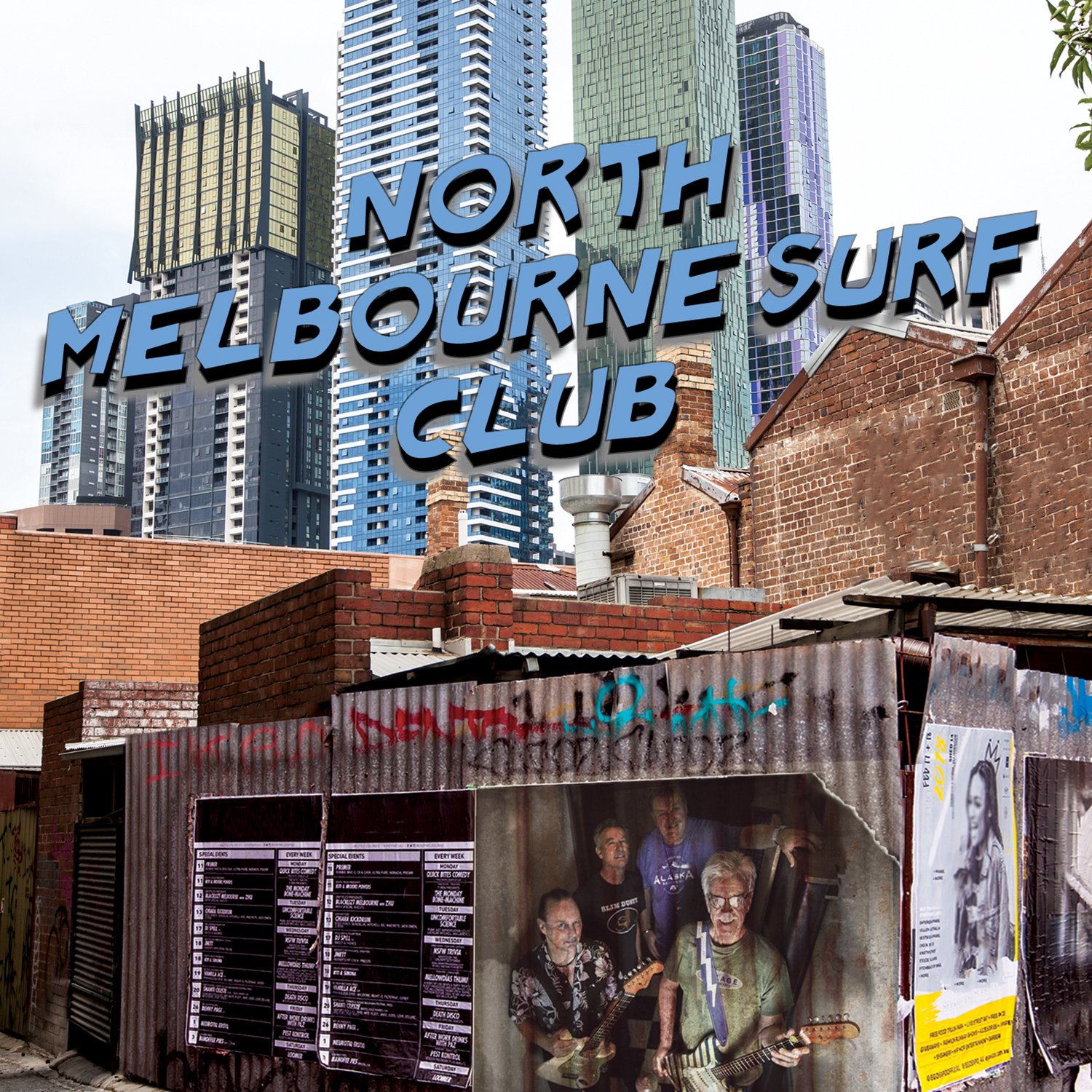 The North Melbourne Surf Club came out of David Briggs Production Workshop in North Melbourne, Australia. After finishing a project together, David Briggs and Martin Cilia got to chatting. Martin mentioned to David that he’d like to meet Tony Naylor. They’d communicated a bit online, but Martin wanted to meet him in person, as he’d always liked his guitar playing. So David, Tony and Martin got together one day at the studio. After a couple of glasses of red wine it was decided they should record an instrumental guitar album together.

They recruited old friends, Geoff Cox to play drums and James Gillard on the bass guitar with David producing. Joe Camelleri guests on sax on Souled Out.

The band’s name is a tongue in cheek reference to the fact that North Melbourne is nowhere near a beach and is a couple of hours drive from the nearest Australian surf break. This didn’t stop the guys from making great surf music!

The album was recorded the ‘old’ way, where the band played live together in one room, 10am – 6pm over three days. In fact, there was possibly more time spent sharing stories of the road than actual recording!